So far in the 2015 season, Schneider has appeared in 8 games for the Broncos with 5 of those appearances being starts. He has a 4.45 ERA in 32.1 innings of work and a 1-1 record. Schneider has also recorded 30 strikeouts and boasts an opponent batting average of .218.

During his sophomore season with the Broncos, Schneider appeared in 19 games and started 5. The Portage, Michigan native had a 1-3 record with a 5.25 ERA in 36 innings of work. He struck out 31 batters and walked 22 while holding opponents to a .242 batting average.

As a freshman at Western Michigan, Schneider saw an ample amount of playing time, making 15 appearances, 4 starts and pitching a total of 37.1 innings. He also pitched to a 6.27 ERA with a 1-3 record while striking out 21 batters. He allowed 50 hits and walked only 11 batters while allowing 26 earned runs.

As a High School standout at Portage Central High School, Schneider recorded 7 wins as a junior while pitching to an impressive 0.78 ERA over 36 innings of work. Over that time Schneider struck out 52 batters while walking only 9 and allowed just 18 hits. As a senior he finished with a 7-2 record with a 1.85 ERA and 78 strikeouts over 56.2 innings. He was an all-conference and all-district selection in both his junior and senior years while leading Portage Central to a number 1 ranking in 2011. The son of Paul and Pat Schneider, his father was an All-American baseball player at Western Michigan University and played seven professional seasons between the Chicago White Sox and Seattle Mariners organizations.

Kalamazoo begins its second season on May 26 at Madison. The Growlers’ home opener comes on May 29 against the Battle Creek Bombers. The full Growlers schedule can be found here. For information on 2015 Growlers season tickets, click here.

This recruiting update is presented by OnStaff Group. OnStaff Group is the largest human resource services firm in Southwest Michigan, maintaining an exceptionally experienced and stable staff. Learn how your company can benefit from over 168 years of expertise from a vast variety of organizations and industries today!

The Kalamazoo Growlers are a member of the finest developmental league for elite college baseball players, the Northwoods League. Playing its 22nd season of summer collegiate baseball in 2015, the Northwoods League is the largest organized baseball league in the world with 18 teams, drawing significantly more fans, in a friendly ballpark experience, than any league of its kind. A valuable training ground for coaches, umpires and front office staff, more than 120 Northwoods League players have advanced to Major League Baseball, including Cy Young Award winner Max Scherzer (WAS) and MLB All-Stars Chris Sale (CWS), Jordan Zimmermann (WAS), Curtis Granderson (NYM), Allen Craig (BOS) and Ben Zobrist (OAK). All league games are viewable live via the Northwoods League Website.  For more information, visit https://www.growlersbaseball.com. 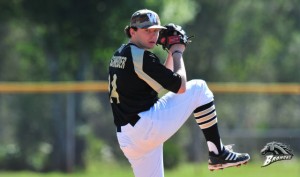